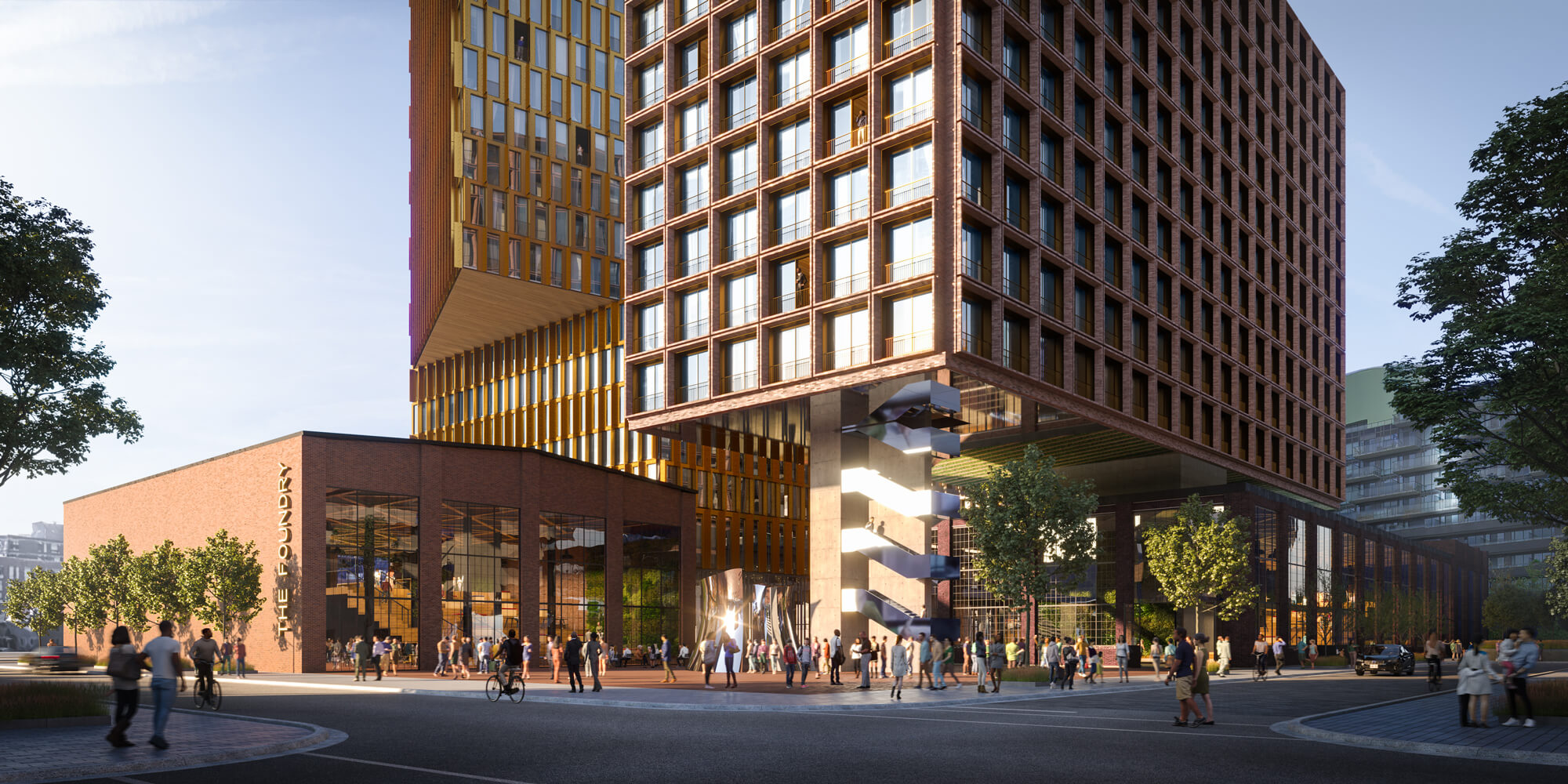 A coalition of community activists has released ideas for preserving several heritage properties in the West Don Lands ahead of a meeting with the province to try and negotiate their fate.

The exploratory concept would preserve the two most important buildings on the Dominion Foundry site, while allowing for 870 residential units along with 120,000 square feet of community and retail space.

The Friends of the Foundry group said Wednesday that the theoretical design by KPMB Architects demonstrates that property development and heritage preservation are not mutually exclusive and said the design constitutes “an invitation to start over.”

“The concept we are releasing today is just one idea of what is possible. We hope it spurs additional suggestions that protect heritage and build badly needed affordable housing and community space on the site,” West Don Lands Committee Co-chair Cynthia Wilkey said in a release from the Friends of the Foundry group.