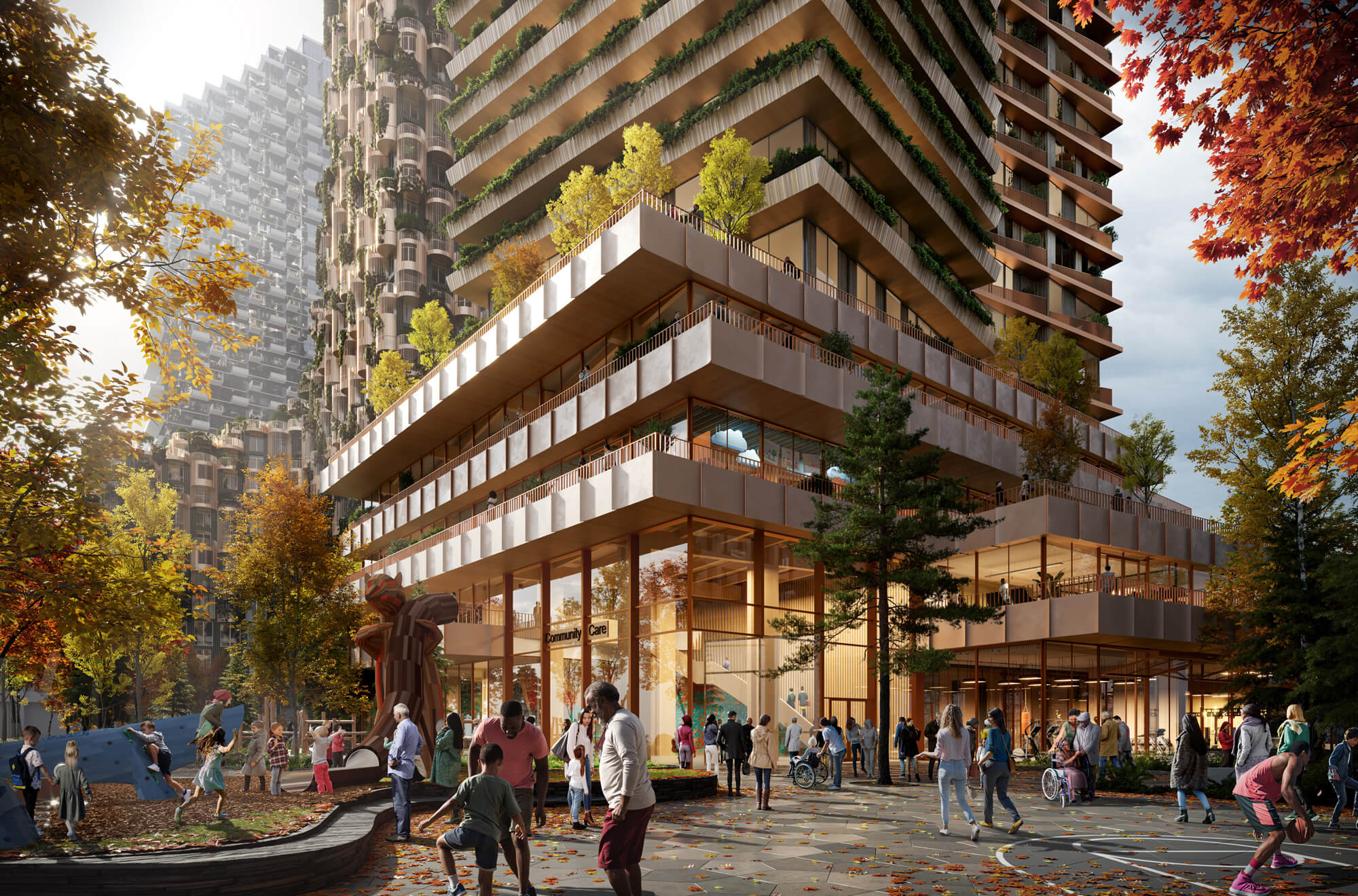 Architecture studio Adjaye Associates has designed a plant-covered building called Timber House as part of a developement on Toronto’s waterfront that will include buildings by Alison Brooks Architects and Henning Larsen.

Set back from the waterfront, the long and narrow Timber House will reportedly be one of the largest residential mass-timber structures in Canada, when it completes.

Set to contain affordable housing units as well as homes for senior citizens, the building’s facade will be crisscrossed by narrow beams and have patios for greenery.

It has been announced as part of the Quayside development in Toronto, alongside structures by Alison Brooks Architects and Danish studio Henning Larsen.